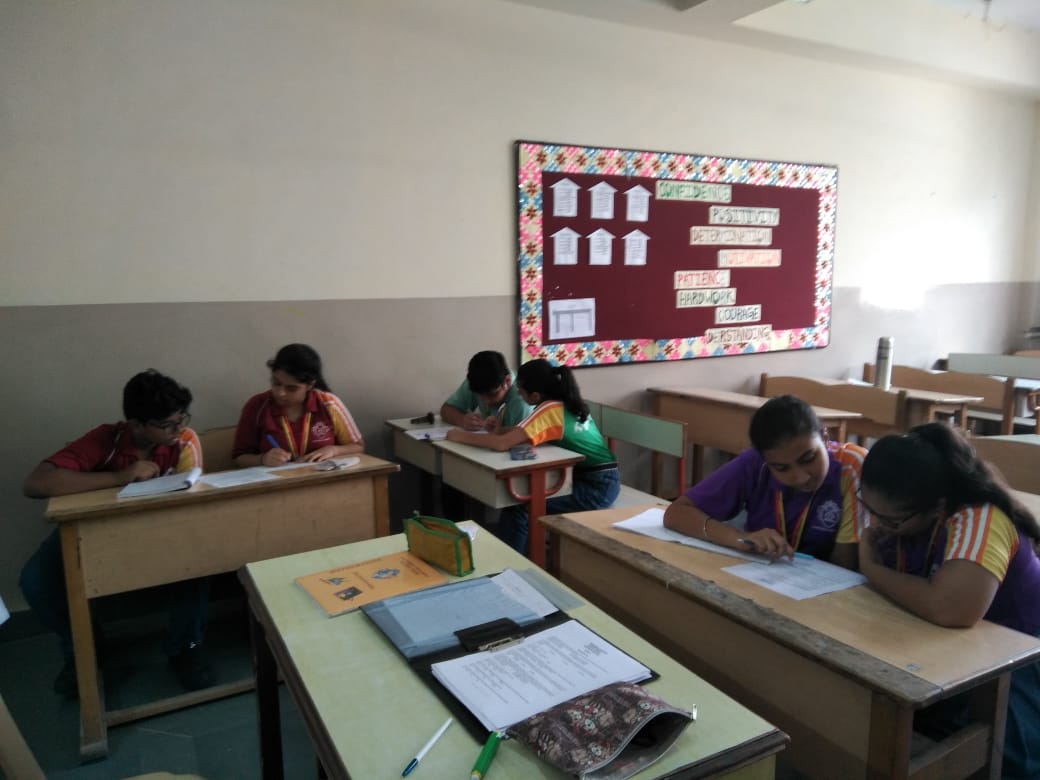 The Math’s week was held in Aadharshila Vidyapeeth from 26th August to 30 August 2019.

A special Assembly on the life and works of ‘Ramanujan’ was held on Monday, 26 August 2019 wherein children gave a presentation on the life of Ramanujan.

A special assembly on life without Math’s was conducted on Tuesday, 27thAugust for classes III to V.

A special assembly on a skit on fractions was organized on Wed, 28th August 2019 for classes VI to XII.

Maths is everywhere. The four operations of Maths, namely plus, minus, division and multiplication were emphasized upon during the Special Assembly held on 29 august 2019, Thursday for classes II-V as part of the ongoing Maths week. Modals and charts were displayed on stage and  mental sums were also asked for  the audience. It was a type of fun activity conducted on the stage.

In order to put the children mental and calculative abilities to test in the Maths Week, the inter house Maths Quiz was organised for classes VI-X on Thursday, 29th August 2019.

A special assembly was conducted in the school on Friday,30th August 2019 for classes VI-XII where the teacher speaker shared some interesting facts about numbers. It uplifted the mood of the audience. Later a quiz was conducted by the children of class x for all the four houses