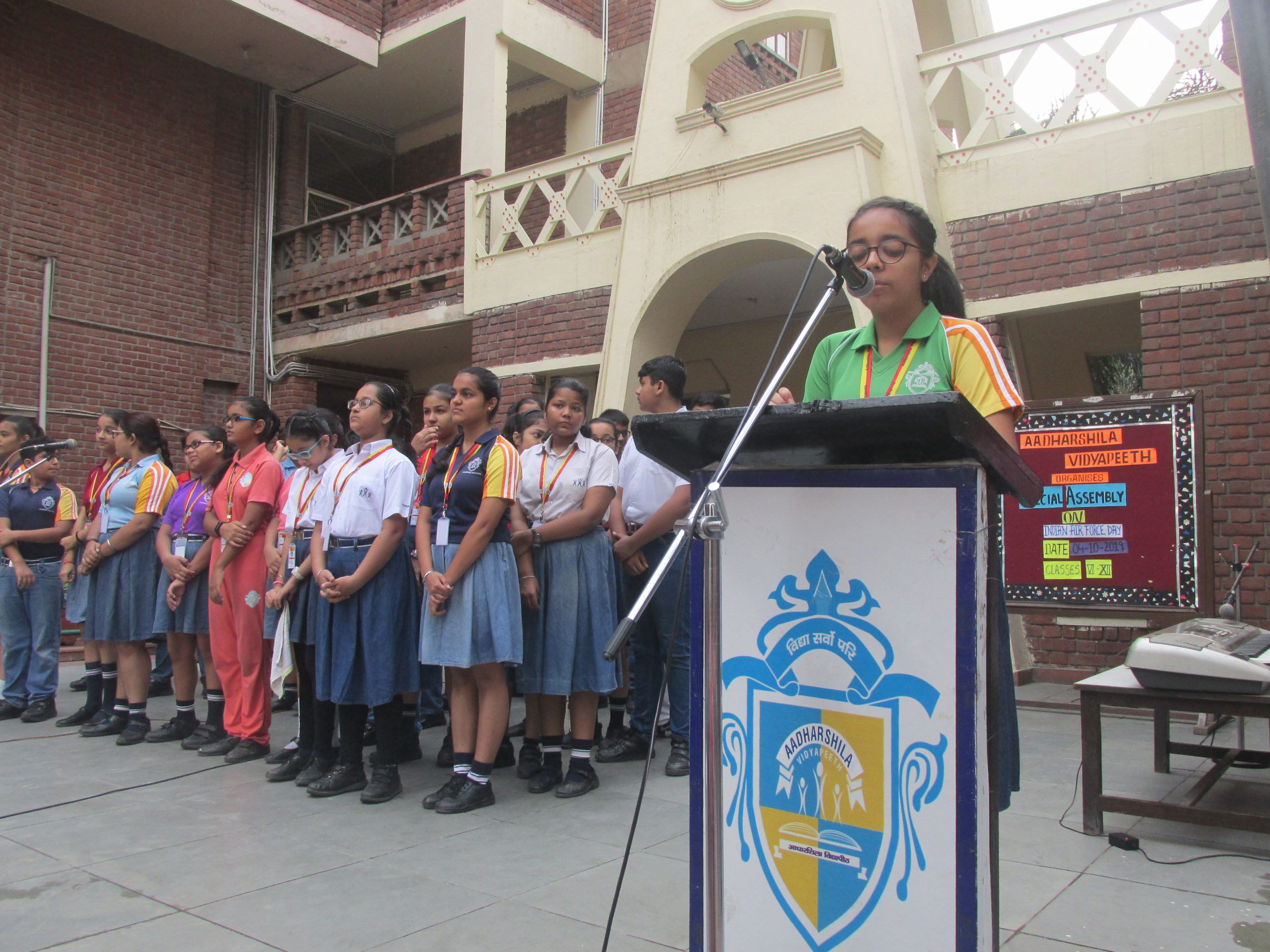 The Defence Forces of a country are the symbol of its power, strength, and pride. Air Force day symbolizes the aspirations hopes and sacrifices made by not only the pilots and air-men but of their utmost sacrifice and patriotism. The special assembly held on 4 October 2019, Friday for classes VI-XII was a tribute to all the known and unknown heroes who laid down their lives for the security of air space and hence India. The mission of safeguarding our borders & air space was depicted through a Hindi poem, recited by a student. The teacher speaker highlighted the need for acknowledging and deriving moral values from our soldiers especially during disasters for their relentless service and sacrifice.