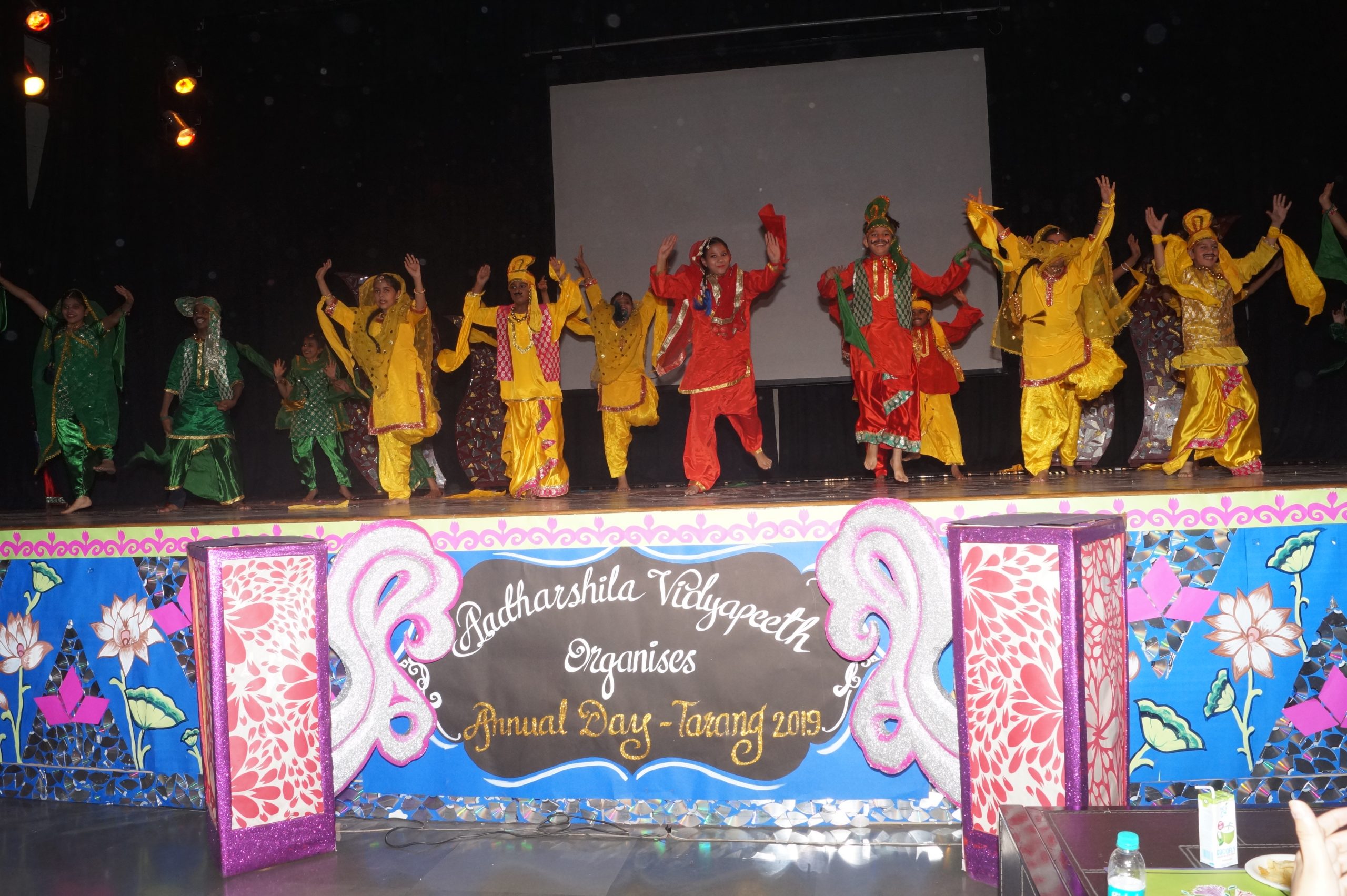 Aadharshila Vidyapeeth’s firm resolves to expose the children of classes I to V was seen evidently when the school hosted ‘Tarang –The Annual Show ‘ 2019 -20 on Wednesday ie- 6 November 2019 for classes I to V. The dignitaries for the occasion were Shri JP Dayal,a Radha Krishnan Samman  Awardee for his 25 years as an academician par excellence, Mrs. Nikita Abrol working with a huge fleet of workers and C.A Somil Rajpal, inspiration, and motivator rolled into one. The guests were accorded a warm welcome and escorted by the Principal and Vice-Principal for lightening of the traditional lamp of knowledge and cultural arts.

The programme commenced with Ekdanta’s invocation , which lent a pious ambience to the event .

The brave hearts ie- Soldiers were allowed a tragic depiction of sacrifices made by these patriots. It was an emotional moment for all as the young kid replicated the same on stage. The folk dances of variegated states were a visual treat. The icing on the cake was the skit depicting the immortal friendship between Lord Krishna and his friend Sudama. A boisterous and sporty performance at the end won each and every heart present there.

The Chief Guest speech resounded in our ears and its effect was seen everywhere When he shared his pearls of wisdom. The event concluded with the rendition of the National Anthem.